We offer personal tours of the Museum as a way to explore these spaces and learn more about the neighbourhood’s past and present. Tours are available in English, French, Spanish, and Portuguese.

To request a tour please email: tours@dundaswest.museum  Tours must be booked in advance.

The Dundas West Museum acknowledges its location on “Dish With One Spoon” Haudenosaunee Confederacy territory, which today encompasses the city of Toronto. The city has witnessed the arrival of many cultures, several of which have made the Dundas West neighbourhood their home.

The Museum is situated in the ethnic enclave of Little Portugal (Pequeno Portugal / Aldeia Portugal in Portuguese).

Located in Toronto’s West End, Little Portugal is bound by Lansdowne Ave to the west, College Street to the north, Ossington Ave to the east, and by the Go Transit and Union Pearson Express railway tracks to the south. The area is mainly residential, with Portuguese businesses along Dundas Street West and College Street.

The Dundas West neighbourhood has been shaped by the culture and creativity of the immigrants and artists who have resided there over the years. Their presence is felt in its local businesses and art studios. Being part of Little Portugal, Portuguese heritage is particularly apparent in these spaces, and is celebrated in outdoor public areas as well, such as in some of the murals on display in the Museum. 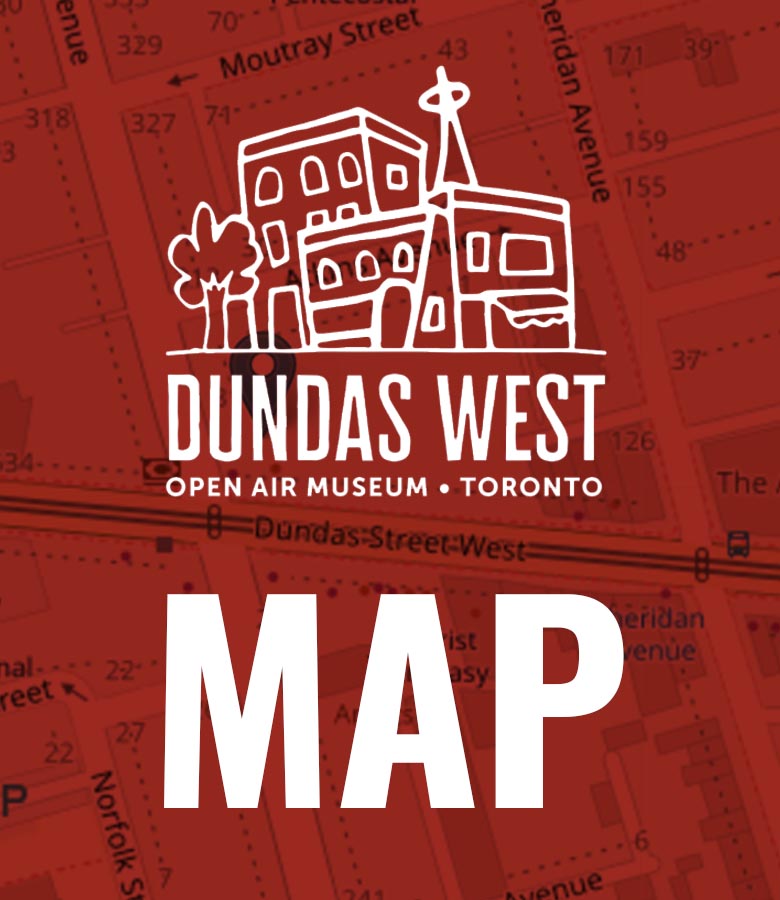