You are invited to the launch of an exciting new community arts project supported by the Lula Music & Arts Centre and installed by the newly merged Little Portugal and Dundas West BIAs. The Dundas West Open Air Museum (DWM) is a collaboration of the international Creativo Arts Collective, the TDSB, Toronto Arts Council, City of Toronto’s Economic Development Department and StreetARToronto program. The project is the result of an exchange between Toronto-based and international street artists.

The DWM is an innovative open-air public museum, whose collection contains and build upon  on mural art previously created in the Dundas West neighbourhood by both local BIAs, and by Toronto and international street artists. These public art works have been included in many guided walking tours and help to promote sustainable and creative economic growth in the area.  The Museum also has the digital components of a website and a mobile app in development.  An extensive video library of the production of many of the murals will also be available on the Museum’s social media outlets.

The inauguration ceremony is presented by the Kontirennanoron traditional singers from the Six Nations territories. Along with the territorial acknowledgements, these women will present songs that pay tribute the history of the space we know today as Toronto, a meeting place on Turtle Island, Canada.

We extend the invitation to the entire community to participate in our public inauguration and celebration of the vibrant creative neighbourhood of Dundas West next Thursday June 13 at 1532 Dundas St. West at 6 PM. 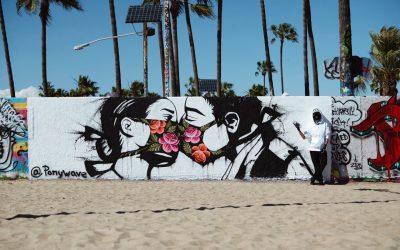 Street art is having a moment. Is it a pivotal one?

During the height of the Spanish flu pandemic, afflicted Norwegian artist Edvard Munch painted a pair of self-portraits. In the first, he sits alone in a chair beside his rumpled bed, bundled in a robe, blankets covering his legs. His face is drained of color and his mouth hangs open, as if gasping for breath. In the second, painted after his recovery, he lists, seemingly exhausted, toward the viewer. 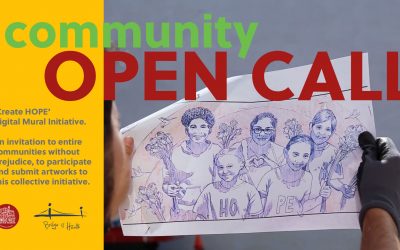 In the context of the current state of isolation, recommended by public health officials across the globe due to COVID19, a new initiative has been launched through an alliance between local Canadian arts and health advocates, to create an arts-based health promotion initiative in response to the high demand for mental health support for families to cope during this difficult period that we face. 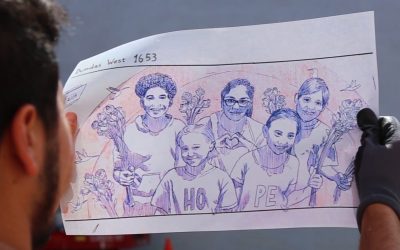